Memphis to Denver – a stutterer and a lunar eclipse 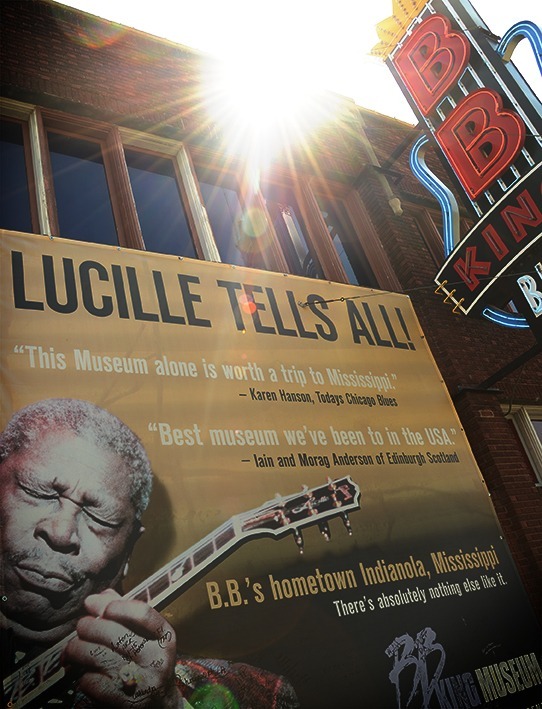 Again apologies are due for the tardiness of this latest posting – I had wanted to write at least once a week but our schedule has proved to be really tight, and even in the few days that we get between filming it has been difficult to find the time to reflect on our experiences. We have just arrived in Aspen Colorado, where Jane’s brother lives with his wife Ruth, and at last a moment to relax.

Thank you to all who sent good wishes for my mother’s recovery – we are pleased to announce that she has sailed through what was likely to be a life threatening operation to fix her hip, and is now safely back in her room at her care home.   At 98, she remains a tough old bird and although she has told us many times how she would like to depart this world, her body seems to have other ideas.   In a sense then we can breathe again and concentrate fully on our own version of life and death.

We have now covered over 4000 miles and filmed 9 different stories.   We’ve posted a short account of all but the latest ones on our Photo Stories pages.

In Memphis we had the privilege and honour of staying with two of the kindest, most compassionate as well the most informed non–bereaved parents we have met. Kathy Story and her husband Dr Bob Neimeyer have two boys, both now grown and living full and productive lives. How Bob comes to know so much about the psychological affects of trauma and grief is a wonder. But he has spent a life time studying, writing and counselling about the subject and is considered one of America’s foremost authorities on how we build meaning again in our lives after tragedy.

It is common currency among many bereaved parents that nobody, but nobody, can understand what it means to suffer the death of a child unless they have themselves known that loss. I have sense that this supposition is actually a way of defending our grief from the outside world.   So many bereaved parents feel isolated and shunned by those who for many reasons are afraid to engage on a truly meaningful level with the trauma and the pain that we are going through. Chief among these might be the recognition that life really is fragile, that those we love the most could disappear in an instant, and that we might not have the emotional wherewithal to face up to something we truly have no control over. A bereaved parent has discovered this in often the most tragic of circumstances and it is possible that many will want to hold onto this knowledge as their own special access to true meanings about life and death. I suspect I do this myself … you cannot know my grief and I don’t have the words to try and explain it and the gulf that may come between us is nothing compared to the infinite chasm between me and my boy.

Bob Neimeyer (left) with some of his students as they listen to our presentation.

Psychology students at the film screening

It is easier for us to commune with other bereaved as no words need to be spoken to know each others grief. Harder for sure to speak to a group of students Bob Neimeyer had assembled on our second night in Memphis.  We showed our film about Josh’s funeral and Say Their Name, the video we had made for The Compassionate Friends. But it was also important to share our story and to talk about our grief since Josh died in order for these young twenty somethings to appreciate the ‘real life’ experience of parental bereavement. We thought and expected to be the teachers but it seems that any learning is two way thing – this email was sent to Bob after his class

I found the visit from the parents who had lost children deeply informative and intensely affecting. … I’ve (not) experienced a loss that was traumatic and neither am I a parent. It was not so much that I could relate to their loss but to the after effects of that loss. The life they were describing was quite close to the life of a stutterer.

Something that comes up again and again in therapy is a deep seated sense that by stuttering we are burdening others. Our stuttering takes up people’s time and is hard to listen to. I’ve had clients express gratitude when people listen to them at all because they feel society should not have to be burdened by their speech; that is, they feel people have every right to walk away from them when they start talking. This experience was exactly described by the grieving parents. Their grief was a burden on others. They felt like they couldn’t talk about it due to societal norms. Just as the stutterer tries to avoid stuttering the bereft parent must avoid talking about their child. They must avoid telling people how they’re really doing.

This requires mental gymnastics that are not only exhausting but ultimately counterproductive in addressing both grief and stuttering. The example that Jimmy gave of telling the barber he only had two children hit my like a bolt to the chest. … The shame Jimmy experienced for betraying Josh is similar to the shame a stutterer experiences when they twist the truth to avoid stuttering…”why did I just do that”, “why am I such a coward”, what is wrong with me”.

Maybe its because we are now four and a half years ‘down the line’, but I think that even if I have not yet come to accept Josh’s death as really real, I do think that I have begun to accept that my grief is not that unique.   The intense pain and solitude occasioned by our loss, has softened, in large part by listening to others stories and I would hope that its precisely in that sharing both by the bereaved and the non bereaved that I can find a new kind of happiness again.

On our way from Memphis to Denver and courtesy of our allegiance to the AirBnB mode of hospitality, we stayed overnight with a Beachy Amish family.  The Amish as you may know live a particularly frugal and devout life, believing that it is God alone that provides for his children.   This was the night of the eclipse of the full moon and they invited us to share their evening with a ‘cook out’, an opportunity to meet their six children, two grandparents and other members of their congregation.  As we sat and watched the earth’s shadow slowly covering the moon, the family broke into songs praising the lord for all his bounty.

There followed a long and in depth discussion on the nature of the universe, God, the purpose of life and death and various belief systems.  Here we were, total secular aethists conversing with folk whose whole essence and life style is based on the literal truth of a book written thousands of years ago.  We even shared a joke about how crazy it would be if Jesus’ second coming should occur on this night of all nights. But starting from the big bang and the origin of all things, it was clear that divine authority would always trump whatever mundane theory we could come up with. So far so good, we could respect and honour each others differences. Interesting then that our own ‘death’ story never entered the conversation. We never mentioned Josh and maybe like the ‘stutterer’ we didn’t want to be a burden on our hosts.   Shame.