Granny Emily, a Neville brother and a surprising revelation 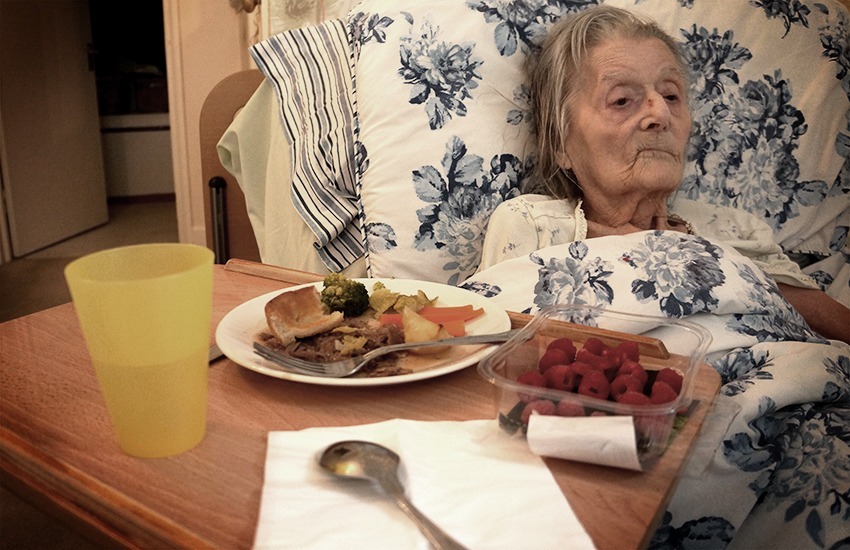 I have been meaning to write about my mum and some of the difficulties we have had in leaving her to go on this trip.   She is now 98 and has severe dementia. She lives in a care home near to us in Nailsworth, Gloucestershire, and for many years now has considered her life to be over – how are you today Mum – same as usual, old and doddery, time to put me in the oven.

So to leave her for four months when frankly she could go at any time, has been especially tricky.   For one she doesn’t know that we have left, and although it is better that way (her sense of time is non existent) I’m left feeling a wee bit guilty but probably more than that, there’s a good chance I won’t see her again.    We have given up telling her that Josh has died – to be reminded over and over would be too painful for her, but sharing his death and our memories with her is probably the one thing that would make her last days much much more meaningful for me and much much more heart warming  … being there for my Mum, witnessing her death, a death in the right order of things is something I could deal with, no problem; I’m sure I would gain a new perspective and however sad, it would help me in this slow slow journey of accepting Josh’s death.   If she goes before we return, it won’t be easy.

We are now on the road coming up to four weeks now.   New York, Connecticut, Washington, Roanoke, Virginia, Gainsville, Georgia, Mobile, Alabama, New Orleans, some of the places roll by like familiar tunes from the juke box. We have filmed six stories so far and already have enough footage to make a decent documentary.   And we are learning hugely as we go.

Its also odd that Josh should be sitting in the back of the car all this way but not saying much – until last night when we went to a free concert in the park here in Memphis to see Cyril Neville (ex Neville brothers) lead his new ensemble, the Royal Southern Brotherhood .….. having so much fun stepping in and out of that steady steady beat, only to find  Josh laughing his head off at my crazy dad dancing – little fucker!

I digress. A massive thanks and a true acknowledgement must go to all those who have made us so welcome on our journey, and to all those who have shared their stories and have so eagerly joined the project.   We have been honoured for sure to listen to some brave words, …. but it all feels completely natural that this is what we should be doing.   So to Scarlett and Margaret (see previous post) thank you; to Lisa and Bayne in Roanoke thank you for ….., to Kim and Tracey in Gainesville thank you for telling us about your struggles after Jessi died, to Duffy and Denise in New Orleans  thank you for opening your hearts, sharing the love, and introducing us to shrimp, grits and gumbo.   A brief summary of your stories can be found on our Photo Stories page (see top menu)

But thanks also to Bryan Maisel, Jane’s cousin in Mobile Alabama for putting us up at fairly short notice.   There’s a back story here that needs telling.   Jane’s brother Timmy had emailed Bryan to let him now that we were in the area and would we like to meet (this would be first time in almost 50 years). Now it turns out that Bryan had also suffered the death of a child … his son Alexander (17) was killed in a road accident three years ago … yet he had not wanted to tell us that before we arrived.   So when it did emerge (we were asking his daughter Sloane about her brother) it was like the flood gates opened and we spent most of the next two days talking of nothing else.  Bryan is very much a man’s man and has found it hard to talk about the pain of losing his son with friends and colleagues … anger has been his main emotional outlet and he spent and still spends much of his time in his gym, working out and thumping the shit out of his punch bag.   In many ways Bryan’s story is a perfect fit for the film we are making, but for many reasons it did not feel right to ask him if he wanted to take part.

Dauphine Island near Mobile Alabama where Bryan lives. The houses are all built on stilts – nothing under 14 ft can be insured against the risk of hurricanes and huge tides.

Then in the middle of the night we had a phone call from Rosa – my Mum, Granny Emily, had fallen, broken her hip and was being rushed to hospital.   There followed a tense few hours as we spoke with the nurses at the hospital, with her care home, with Rosa, desperately trying to figure out just how serious this was. Memories of Jane’s dad and how everything went downhill after he broke his hip, the difficulties of joining up the dots between the medical profession and dementia services, worries about Rosa and the impact on her.

She had been booked into theatre for an operation which at her age carried a serious risk of fatality and we were thousands of miles away.   Emily has long been ready to leave this life and has said so many times, we are completely in tune with her wishes.   But this was somehow different – she should not die under the surgeons knife in hospital and in our absence.