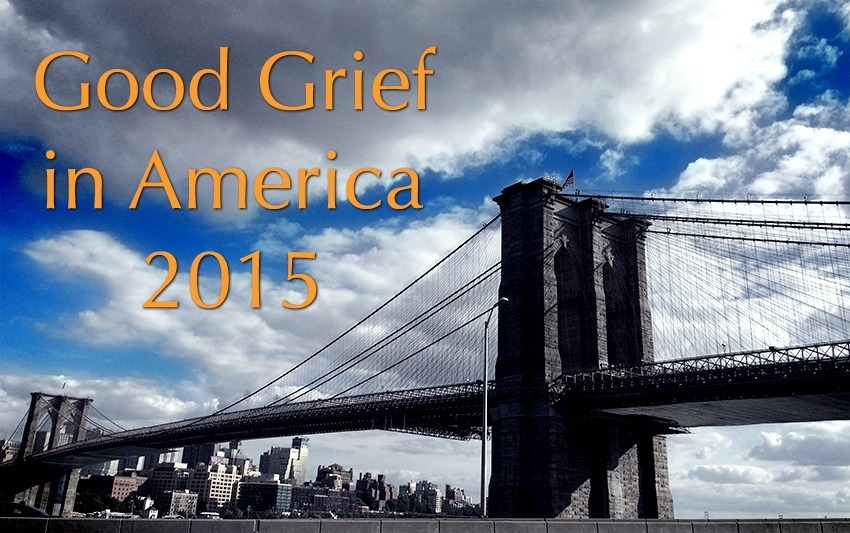 So I wrote the last blog posting all about our time in New York and Brooklyn and then forgot to save it … Grrrr!!!

Sorry about that but I think I’ll try and recap very quickly before moving to an account of the last couple of days.

First off we want to thank Jonny and Rachel for their most amazing hospitality while we based ourselves in Brooklyn. It was delight to get to know you and the children (Eli and Naomi) a little better and to share our project with you.

The last time we were in New York we were a family of five. That was in 2009 and we had come to spend Christmas and New Year in the States, having ‘house swapped’ our Cotswold home for a studio apartment in Manhatten.   Eli would’ve been two and Naomi not yet ‘activated’ as my mum would say. So they never really knew Josh, but we remember well what would turn out to be our last full family holiday.   The highlight of course was Josh and his brother Joe’s Atlantic dip in below zero temperatures for the annual Polar Bear Swim on New Year’s Day.

To be back in NY city then is to find ourselves looking back on some of the best of times – eating out at restaurants we could not properly afford, shopping for the turkey in Union Square Market, dinner at Jonny and Rachel’s on New Years Eve, setting off for the firework displays in totally the wrong direction, Josh deciding to go buy a sandwich within minutes of the gate closing for the flight back home (I had decided we would leave without him if necessary!) but yes, the Coney Island swim tops them all.

Our second contributor for the Good Grief Project, was Dr Katherine Shear, of Columbia University who heads the Centre for Complicated Grief.   We were very keen to meet and talk with Dr Shear as ‘complicated grief’ is a relatively new concept that is not without controversy. Many people, for instance believe that it is an attempt to pathologise what is a very normal response to trauma and loss, especially as it concerns the death of a son or daughter.   Complicated grief is a syndrome that has been added to the American Psychiatric Associations fifth edition of the DSM or Diagnostic and Statistical Manual of Mental Disorders.   In the US then its something that psychiatrists should look out for and once diagnosed use the DSM to proscribe the correct remedies and therapies.   Our questions for Dr Shear who is both an academic and a clinician, centered around whether this was the most appropriate approach for bereaved parents like us.   Surely our grief is not an illness that can be fixed.

Given that in common with many other bereaved parents we have found that the death of our son is not something we can ‘move on’ from, we wanted to know whether our grief was in her professional opinion, different from other griefs, and that sense ‘complicated’.   Her answers were illuminating. To start with she does not use terms like ‘move on’, ‘getting over’, ‘being stuck’ or ‘wallowing in grief’, all references to what many bereaved parents feel criticized for as they try and negotiate their way back into society.   Grief for Shear is a process of adapting to a new reality, a new normal.   How successfully one can do this determines whether you may need some professional help.   The problem with any diagnosis of course is that it is predicated (at least here in the US) on the needs of the health insurance industry rather than reflecting the real life situation of the patient.   So when it comes to grief if you feel like you are not adapting well enough to function again as social being (humans in essence are social) then programmes like those formulated by Dr Sheer are there to help.   I guess it goes something like this – if you are happy to drink yourself to death following the pain of your lost loved one, that’s your choice, not a particularly good choice but unlike depression for instance you do have the wherewithal to make it.   Conversely if you are not happy with such a decision and for one reason or another (and these might be the reappearance of previous psychological issues) you can’t find a way through the ‘complicated’ emotions that grief will inevitably throw up then perhaps you could find a solution in the therapies that Dr Shear has to offer.

We were in New York where memories of Josh were all around us and this whole adventure is our way of trying to ‘continue the bond’ with have with him.   Speaking very much from inside my grief, I have so far found this a complicated idea, and one in which I have real difficulty in accepting. How on God’s earth am I supposed to carry on a relationship with one who is dead, when all I have are memories, and when many of those seem dangerously close to slipping over the edge and into oblivion.   To hear again from the professional grief worker was interesting and comforting.   Memories, Dr Shear suggests, are the stories we tell ourselves and are subject to change over time.   How they change could be the way we want to remember our child and as such may not reflect an actual truth (whatever that may be), but more than the literal narrative, she explained, memories are feelings, they are what it felt like to be with Josh as we travelled the A train up into the Bronx and take photos of street life in this famous part of the city.

Time now moves on and I realize that I haven’t begun to cover our news from the last few days.   We are now in Roanoke (Virginia) about to meet a family whose son died from cancer two years ago aged 17.   We start filming this afternoon so our story of our visit with one of the ‘smileiest ‘ people on the planet (the delightfulMargaret Jackson) will have to wait.   Also the fun (aggro!) of being kicked out of the Shenandoah National Park for daring to sleep overnight in the car.

Until then thanks for reading