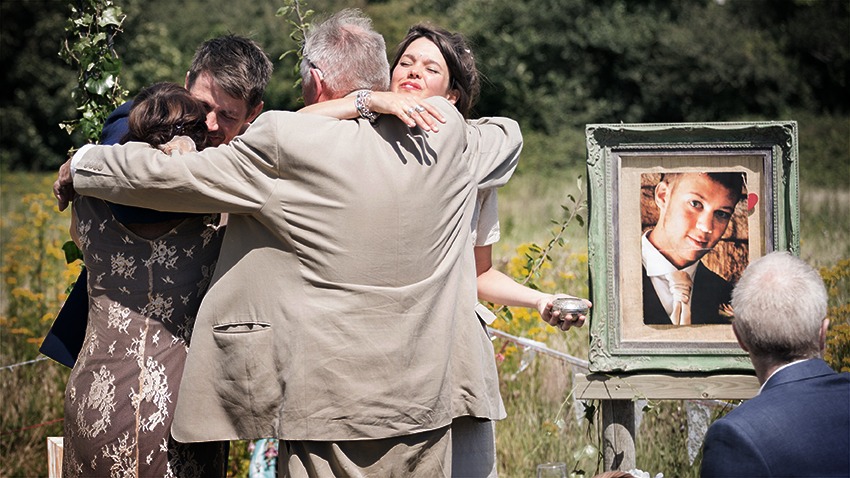 While constantly looking for the positive, for the hopeful, for good things to happen as a result of tragedy we are always reminded of that tragedy. It’s always there. We cannot escape the fact that our child has died. And we cannot move away from the love we have for that child nor from the deepest feelings of sadness that cloak our hearts. Grief following the death of a son or daughter can tear us apart as it attacks what we had always thought of as a normal life, a secure life, a life in which we could wake each morning without much thought that things could be different.

But in many ways grief provides the tensions, the contradictions, as well as the impulse to change that can make life not only different but better – surprisingly grief can make you feel more alive.

This photo has been taken by our 10 year old nephew, Louis. We are at a family wedding, and Louis has borrowed my camera for a while. But later when I scroll through his pictures I find there are none of any guests – where are the happy couple – there are photos of flowers and grasses, of the sky, but no people – only this one of his cousin Josh. Louis has for some reason skirted round representing live beings and focused instead on the dead.   Is there something in this boys imagination that compelled him to separate the dead from the living – to isolate his dead cousin from the celebrations going on around him?

This is Joe and Hollie on their wedding day – Saturday 5th August 2017. And if you are still of the mindset that nothing much good can come from tragedy then here’s a good grief story to set that right.

Joe is Josh’s elder brother (by nine years). Hollie is one of Josh’s best friends. When Josh died Joe and Hollie got to know each other a lot more – to the extent that they both realized that beyond their love of Josh, they had real feelings for each other. Love blossomed and four years later they have decided to marry.

Josh’s sister Rosa led the ceremony in which they exchanged their vows. Importantly though, the three of them had found a way to include Josh in their celebration – and as part of the event we all took a moment to remember him and to sprinkle a few ashes under a new apple tree where we had put his picture.

Throughout the day one thought was never far from our minds. Would we have all this happiness around us, would we be sharing so much laughter, would we be drinking so heartily in honour of this couple in love, if their best friend and brother had not died.   And the answer is no – probably not.

There are it seems impossible paradoxes that combine to give us new realities.

It’s important, as Louis has done (unconsciously I suspect) to recognise that the dead are dead, no longer part of the living world. It’s not our wish to deny Josh’s death. So in that sense he is apart from us. And yet he is not.

And it’s not just the business of keeping his memory alive. It really is more than that. Much , much more than that. By including Josh in their ceremony Joe and Hollie recognise the important part that he played and still plays as part of the bond they have created and of the life they will now share together.He is and always will be an indispensible part of their story, even as that story develops in ways he could not have imagined (or maybe he could!).

We are reminded of something that Prof. Robert Neimeyer – a trauma and loss expert who we stayed with in Memphis while on our road trip across the USA – said:

The following photos were all taken by Lel Hurst (website) 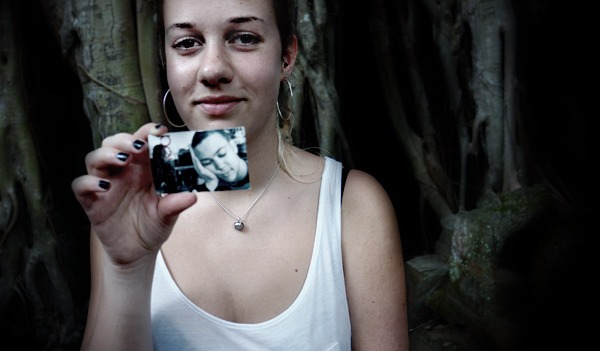 Making it Real – Death and Photography … by Rosa

The year after he died, Joshua’s younger sister, Rosa was studying on a Foundation Art course at Oxford