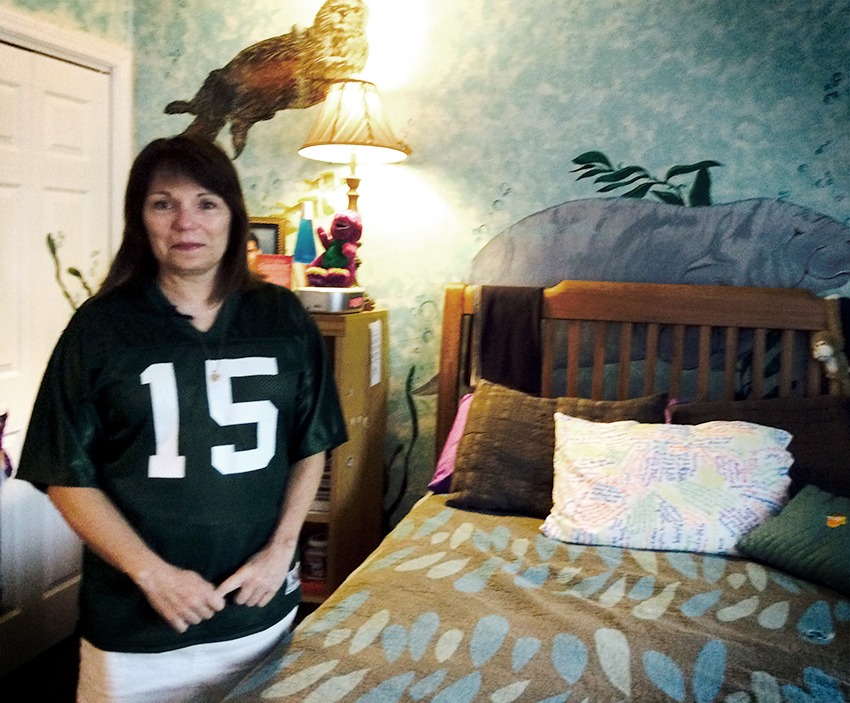 Lisa Earp’s son Michael was 16 when he developed testicular cancer and like most young men with this type of childhood cancer was expected to recover.    But 7 1/2 months after diagnosis it became clear that the chemo and stem cell transplants weren’t working and he passed away in June 2102.   During his illness, Michael was offered a ‘rush wish’ by the local Make-A-Wish Foundation – but instead of choosing a favorite meal or a visit from a celebrity, he elected to spend his wish on a new weights room for his school football team.    This is the legacy Michael has left for his team mates and for his parents as they continue to grieve their son  “This past fall, the team was the strongest I ever seen it,” says Lisa, “they talk about the weight equipment, but they also talk about something bigger that Michael has left as an example for them – bravery, unselfishness and commitment and a love for one another”. 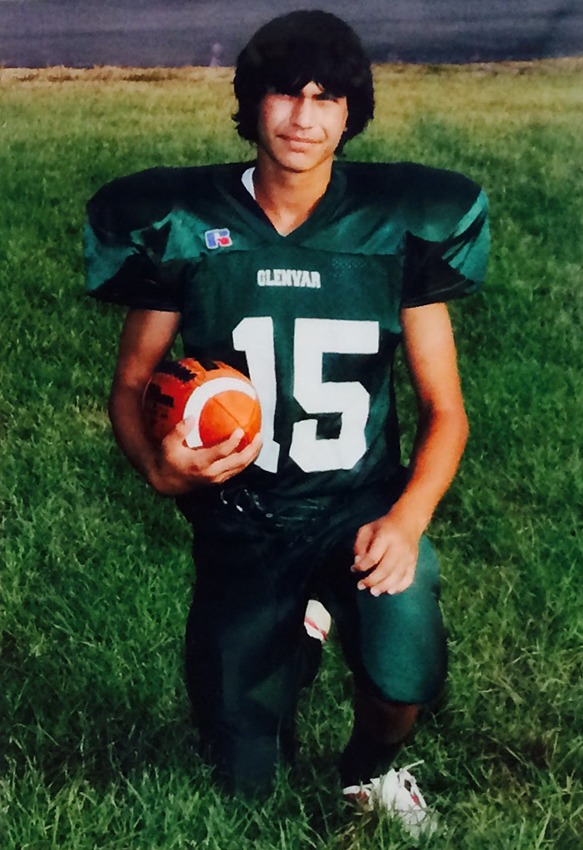 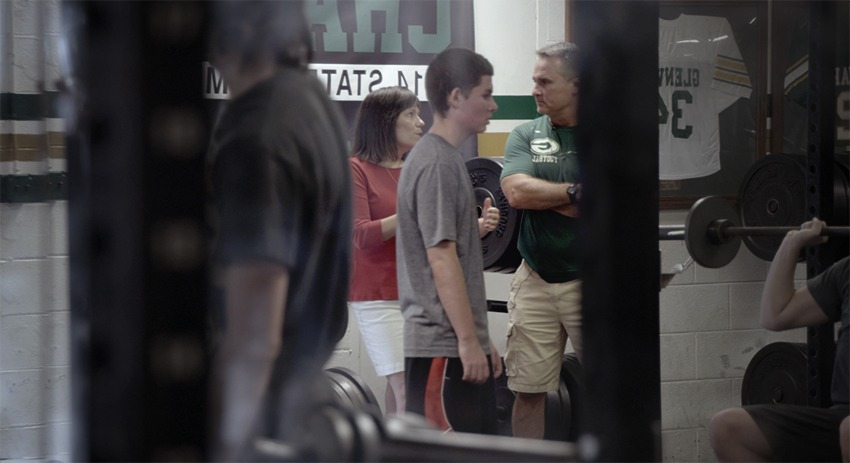 Lisa talks to coach Clifford in the new weights room 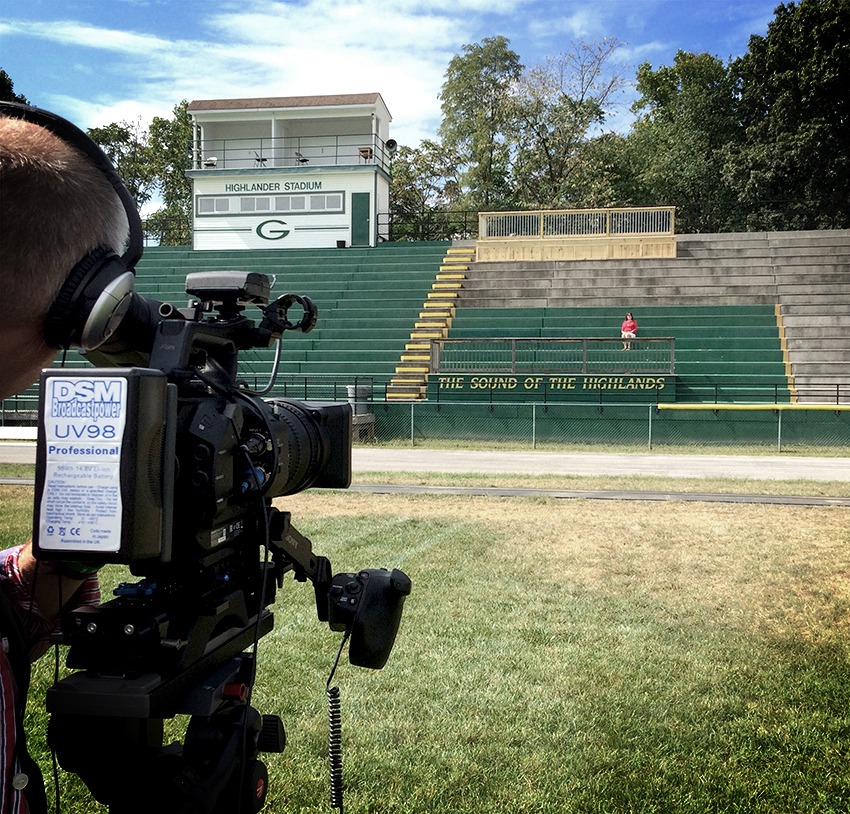 The school football stadium next to the weights room 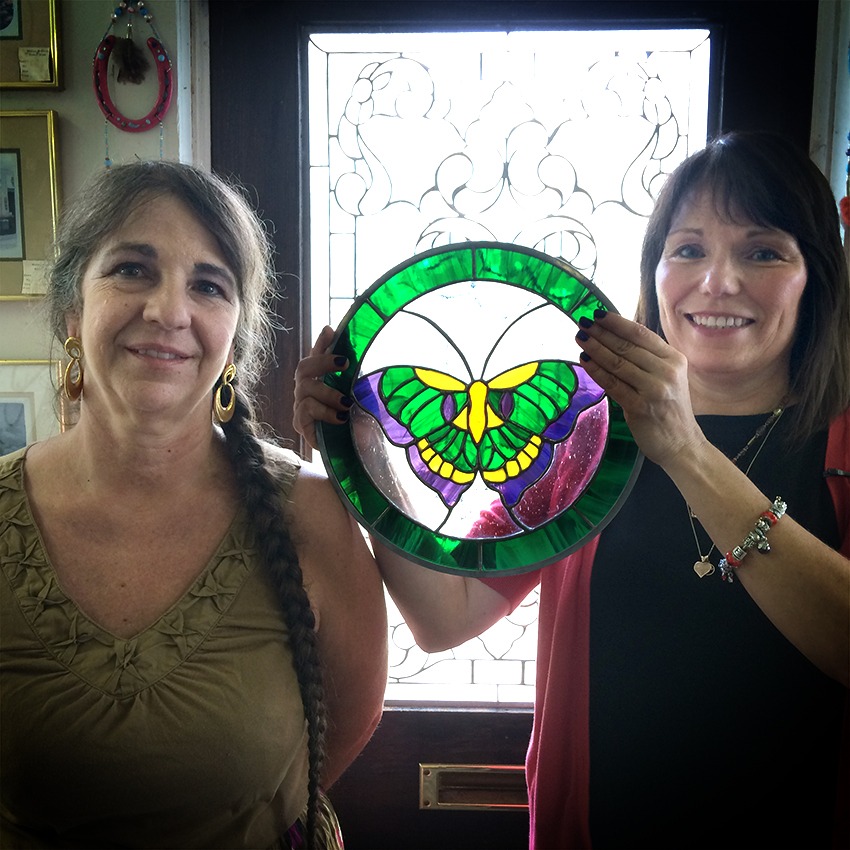 Kathy (left) a stained glass artist, helped Lisa and her family to design and make 10 butterflies for their church, each with special significance and a different story. 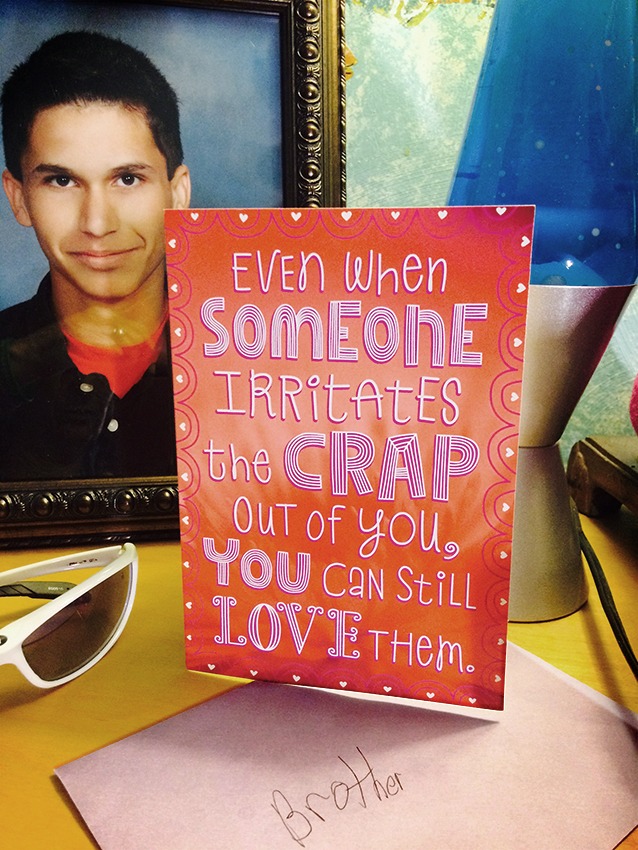 The card that Michaels younger brother Matthew sent him after he died.